Frenemies: Why online versus in-person is a false dilemma 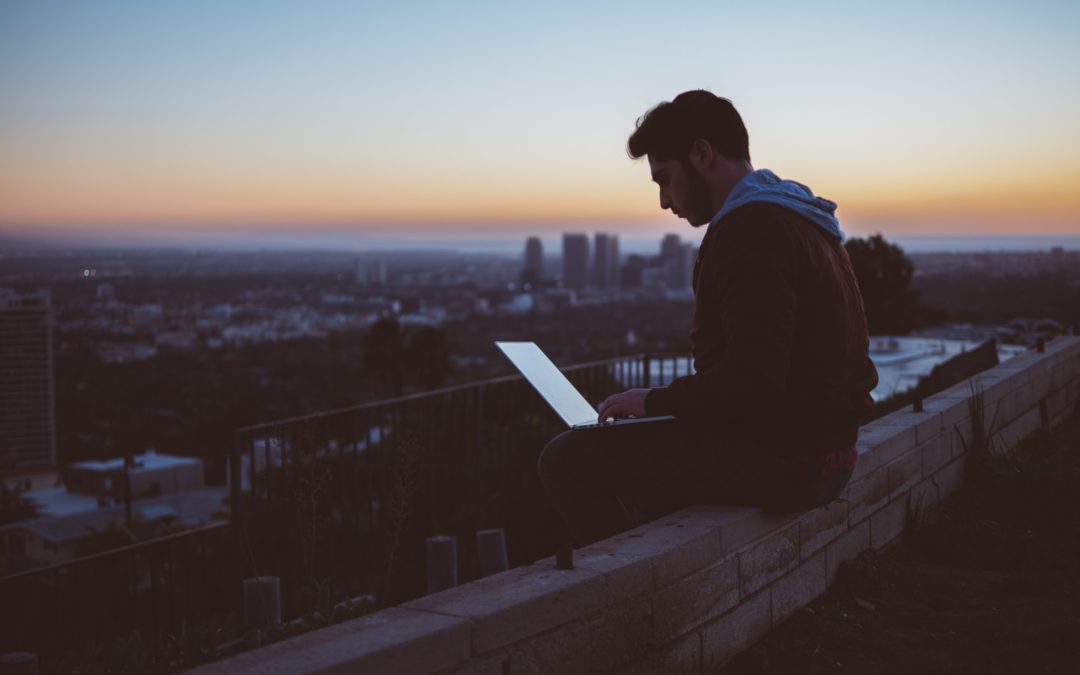 When the digital onslaught began in early 2020, few of us could have imagined we would spend the next year and a half stuck to our screens trying to read emotional cues from human beings reduced to small squares. For an industry where most relationships were built and maintained on the conference and events circuit, this abrupt switch to an all-digital format was often jarring and disorienting. To many, it still is.

The larger digital transformation happening across all sectors and industries predates the pandemic, so it is likely we would have arrived at the current technological inflection point either way, just not as abruptly. And perhaps, if this transition had played out in a more gradual manner, the shock of having to adopt entirely new ways of forming human connections wouldn’t have been so disquieting.

Instead, without any warning the industry had its heart ripped out, leaving leadership teams to scramble for a solution to an existential problem. While force majeure drove everyone to adopt virtual events and remote collaboration tools for 18 months, there has always been a palpable unease among many professionals, born from the perception that virtual engagement was intent on replacing face-to-face. As a result, many have been reluctant to fully embrace the long-term possibilities of digital engagement.

That is a mistake and a costly one. Digital and face-to-face are symbiotic realities; a positive feedback loop that can catapult associations into a future where digital is no longer a supporting act but a foundational reality. At this point you’d be forgiven for assuming I’m about to extoll the virtues of virtual or hybrid events, but the scope of this transformation far exceeds that of digital event formats alone. In fact, this write-up isn’t really about events at all.

We must begin to understand that a new relational paradigm has now arrived, one that is already established in many industries and that represents a reversal of past trends: new connections are now increasingly initiated in the virtual world and consolidated in the real world. This is a profound shift from the pre-2020s world where, at least professionally, people would meet in real life first and then continue the relationship in the virtual world. One would attend a conference, make contacts, exchange cards and then look them up on LinkedIn to connect with an eye on future opportunities. We don’t live in that world anymore.

Humans are tribal creatures who require frequent interaction before forming lasting bonds built on trust and mutual respect. This takes time and multiple touchpoints throughout the year, not just a spike of engagement for a few days. It’s simply unreasonable to expect enduring community cohesion between people who see each other once in a blue moon. If it were physically possible, the preferred engagement formula would be to have our tribes, clans, members – call them what you will – meet frequently and in person throughout the year to cement those relationships, much as we have for thousands of years.

This concept of continual togetherness is the foundation of our civilization dating as far back as the Neolithic when our hunter-gatherer ancestors stopped roaming the world and settled in the first communities around the Eastern Mediterranean and the Middle East. Our fundamental need for frequent human connection hasn’t changed since then but the scope of our communities is truly global now and meeting in person at a frequency needed to sustain true community isn’t possible for practical, budgetary, and pressing environmental reasons. So, we need alternative solutions.

How do we go about this? I believe we should be willing to look over the fence and learn from other industries, even those with no apparent overlap. Consider the online gaming industry, now generating about 18 billion dollars in annual revenue from an estimated 1 billion online gamers. Online gaming is, somewhat paradoxically, less and less about the games themselves. 12 million people attended a concert by American rapper Travis Scott, set in the virtual world of Fortnite, a wildly popular online game with more than 350 million frequent users.

These gamers are the true pioneers of digital community building, and they include not just the stereotypical teenagers but increasingly everything from middle-aged enthusiasts to seniors, the latter one of the surprising growth segments in the online gaming industry. Research suggests that gamers join virtual spaces as much for the social engagement aspect as for the game itself.

There is also evidence to suggest that video games can be a safe and rewarding place to experiment with social interactions for vulnerable and disabled people.

Why does gaming work? Simple. Human nature. From an early age, we form many of our friendships during innocent play, an ingenious evolutionary construct observed across the animal kingdom. Play implies pleasant, non-threatening, and constructive social interaction, and isn’t that exactly what we desire for our member and stakeholder communities, regardless of their abilities or vulnerabilities?

To be clear, I’m not advocating the mass purchase of PlayStations to solve membership engagement challenges (though that could be a worthwhile experiment – I’m serious) but rather that if associations and events are to thrive in the future, we should acknowledge this new and incredibly powerful social substrate and accept that live events and continuous digital engagement are not adversarial concepts, they’re symbiotic.

After multiple false starts and let downs due to excessive hype, virtual reality and augmented reality are now reaching full maturity with the likes of Apple, Facebook, and Microsoft gearing up to release glasses and goggles that are truly wearable, full-featured, and fashionable. Think back for a moment to the arrival of the first iPhones and how these fundamentally changed our relationship with technology and each other. This is about to happen again, and it will this time completely blur the lines between virtual and physical. The question of whether one should deploy a community or focus on live, virtual or hybrid events will seem nonsensical as they are all facets of this new social membrane just as the sides of a die are distinct but inextricably interrelated.

There is in my view absolutely no danger that real-world interaction will ever be replaced by digital-only solutions, and it is my hope that those who still have their guard up and see digital as a threat instead open up to the opportunities ahead. In fact, I suspect we will have better live events than ever before because of a renewed focus on quality and a growing need to show demonstrable ROI as well as tick all the sustainability boxes. The changes thrust upon us during the Covid crisis were but a dress rehearsal for the main act coming our way in the next five to ten years, and we should at least be debating and planning instead of hoping for a return to the status quo.

That way, our industry will be ahead of the curve instead of having to play breathless catch-up. If we play our cards right, we’ll enter a golden age, so let’s be bold and take a leading role in this transformation and let us not descend into tribalism and adversarial thinking, we’re all on the same side. Yours is an industry of leaders and change-makers, so let’s lead and drive positive change.