I was born in the idyllic medieval Belgian town of Bruges, the epitome of quaint European charm (the town, not me).


At age 11 my parents gifted me a ZX Spectrum mini-computer, one of the early darlings of the personal computing era and as I quickly understood, a precursor to revolutionary things to come in technology and innovation.

Wanderlust- undoubtedly the consequence of being the son of airline staff – led me to pack up my life in Belgium and book a one-way ticket to Hong Kong, and from there by slow train into the bucolic countryside of Southern China, where I became an adventure guide, leading groups of bright-eyed young adventurers on epic journeys around China. I then founded one of China’s first foreign-owned luxury travel companies, once voted as Shanghai’s top 3 agencies and featured on CNNgo, Bombardier Magazine, KLM’s Flying Dutchman and other publications.

Ever a technologist and innovator at heart, I returned to Europe and settled in Barcelona where I co-founded Botsmith, a self-funded innovation lab where we imagined, designed and built the kind of consumer technologies and interfaces we would want to use in the future, including chatbots with natural language processing, a local activities matching app called Symphony with an in-house built matching algorithm and more recently, Bond, a state-of-the-art community engagement platform and remote teamwork tool.

I live with my family in Barcelona and divide my time between my home office and wherever my keynotes, teaching or consulting projects take me. Having witnessed the incredible ambition and scope of innovation development in China, I am now turning my attention to the Middle East, where an equally ambitious and exciting wave of innovation is sweeping the region.

Marc is a talented entrepreneur and founder. I have invited Marc to be the speaker in our selected customer events and his performance rating positions him as a natural stage walker.

Having reached that part of life where I can (hopefully!) say my path stretches forward as much as it stretches back, I am determined to leverage my international experience, my wins and losses, my soaring highs and crushing lows and my broad skillset to guide, mentor and advise others, be they companies, startups, government agencies or ambitious individuals. Carpe diem, always.

I believe life is meaningless unless guided by a strong and righteous set of principles and ethics. I fail and falter in upholding these principles as any mortal would, but I always return to these as they define me, my work and my world view.

Success is pyrrhic and futile unless achieved in kindness and fairness to our peers. Kindness is its own success and an indispensable ingredient in the layer cake of an accomplished life.

Easy to sacrifice, almost impossible to regain. The one virtue we must most want others to assign to us, I believe.

The root of creativity, personal growth and fulfilment. We are explorers at heart, both externally and within, driven by our curiosity and desire to understand our world.

“Every now and then a man’s mind is stretched by a new idea or sensation, and never shrinks back to its former dimensions.”

I’ve delivered keynotes on four continents for both small and large events, as well as a growing number of virtual talks. Choose from existing keynotes like ‘The Art of a Thousand Mistakes’ and ‘Something out of Nothing’ or book a custom keynote tailored to your audience.

More about my speaking work The Art of a Thousand Mistakes

This high-energy keynote encourages audiences to absorb and implement an iterative process to break through barriers and deliver profound change to their organizations and within their lives. From the design and creation of the iPhone to the creation of all life on earth, we investigate and admire the raw power of an iterative approach to the design and development of products and services.

Something out of Nothing

This keynote dissects the lean approach to innovation and value creation; what methodologies can we apply to create new products and services quickly and without major investment. We investigate compelling case studies and look at both the past and future of lean innovation so that we may arrive at practical solutions for the present.

I’m a frequent contributor to online and print publications reaching hundreds of thousands of people worldwide. My writing is engaging and very accessible to non-technical audiences. Contact me for commissioned writing of op-ed articles, blog posts, and reports.

More about my writing “Kids, you tried your best, and you failed miserably. The lesson is: Never try.” So advises Homer Simpson, the fictional personification of abject failure and, ironically, a success story of global proportions. Why has a fictional character that epitomises mediocrity and broken dreams captured the attention of hundreds of millions of viewers for a stupendous 32 seasons spanning more than 30 years?
Read

One of the most paralyzing addictions many associations share is the desire for certainty and guarantees before implementing the level of change and innovation often needed to safeguard their future success. Paradoxically, waiting until the perfect solution presents itself often leads people to do very little, very slowly, which is exactly the wrong approach in this 21st-century technological paradigm.
Read The Great Reopening of travel is also increasingly looking like The Great Reckoning. Everyone agrees we can’t go back to our old ways, but those old ways certainly were profitable and convenient. The dilemma is more precarious than ever and yet the possible solutions abundant. What choices will we make?
Read

The challenge now is in finding the balance between doing nothing and ‘jumping the gun’ by throwing every shiny new tech tool at the problem in the hopes of success or just to be seen doing something proactive; neither will serve you in the longer term. Entropy is a reality in business life too; it will be very hard to undo decisions made in 2020 ten years from now, just as you can’t unscramble an egg.
Read

I provide group-based and individual coaching, training and workshops both virtually and onsite. Book one of my Digital Skills, Innovation Management or Design Thinking courses, or contact me for a custom curriculum or ad hoc training session.

Marc about my training work 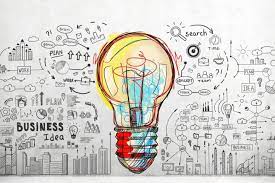 The sheer pace of innovation engulfing the world is forcing us to reconsider how intra-corporate, startup or governmental innovation initiatives are structured. Success in innovation now depends on speed and frequency as well as a willingness to fail fast and iterate, which can be prohibitively expensive unless you apply lean innovation principles and methodologies. This training curriculum is designed to teach teams how to innovate quickly and affordably.

Every relationship starts with a conversation. I’d love to hear from you to discuss how I can add value and significance to your project, audience or customers.

Please fill out the form or you can connect with me on Linkedin where I’m active on a daily basis, I welcome all new connections.

Some of the brands I’ve recently worked with